In case any of you are still have the spirit of Christmas still lingering in your bones (and I mean the giving element rather than the consuming of vast quantities of pies and claret), here’s a short piece Harold Chapman designed for the National Blood service last Christmas. 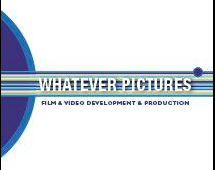 The treatment for the feature version of “Invisible” has been long listed for the thriller fund “Qualis” in partnership with Whatever Pictures. From these, 10 scripts will be selected of which four will be green lit for production in 2015. Fingers crossed.

The music video Harold Chapman directed for the sublimely talented Lucy Randall AKA “Annique” has just been released by label Asphalt Tango as part of her new Album “Heads Up.” Shot in East, West, South and Central London (!) over the summer, this was quite a ride, with homage nods to “West Side Story” and Walter Hills’s “The Warriors”. Hope you enjoy!