“Invisible” was nominated for Best Short Film at the Marbella International Film Festival earlier this month. Here is the award certificate which has just come through…

“Henry Bird” in the Arbuturian0

Harold Chapman has a new story headlining in the Arbuturian. “Henry Bird” is set in Sydney on a blustery winter’s day. It was long listed for the Cinnamon Press Short Story Award last year and is the second piece of fiction to appear in the magazine.

“Sweep” has been selected to screen at the Fieri Film Festival in Albania which takes place between the 25th and 31st of October. The city of Fieri is situated in the south west of the country, a few miles from the ruined Classical Greek city of Apollonia.

Harold Chapman has just returned from Malta where he was sent by the Arbuturian as roving reporter to cover the Maltese Classic Car Grand Prix which ran from the 11th to the 14th of October. A splendid weekend was had, despite his rudimentary knowledge on the motorsport… 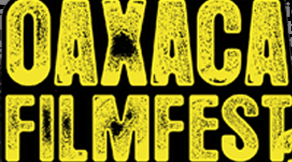 Invisible and Sweep selected to screen at the Oaxaca International Film Festival, Mexico0

On July 16th I mentioned that both “Invisible” and “Sweep” had been officially selected by a big South American film festival who had asked film makers to hold off announcements until the 8th of October. I can now confirm that the festival is Oaxaca International Film Festival which takes place in the Mexican city of Oaxaca de Juarez in the south of the country.
Taking place over ten days in November, the festival annually attracts more than 35,000 people and IMDB has hailed it as “one of the fastest growing emerging film festivals in the world today”.
There will be two screenings of “Invisible” and “Sweep” on 11th,12th, 15th and 16th of November.