“Brown Lake” in the Arbuturian0

Harold Chapman has a new story headlining in the Arbuturian. “Brown Lake” is his first piece of prose fiction to be published. It is set on the East Coast of Australia and is about a boy’s obsession with swimming… He’s also illustrated it in a new style. Hope you enjoy!

Invisible Long Listed for a BAFTA0

News just in: “Invisible” has been long-listed for a BAFTA. This means that it has passed the first two hurdles (acceptance at an Academy recognised film festival – in this case LA Shorts Fest, followed by an open on-line screening for jury members.) Next will be a fixed second screening for jury members early January. On January 17th the 5 nominees will be announced. Fingers crossed. 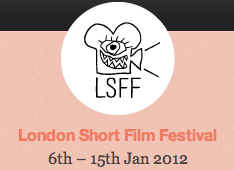 Invisible and Sweep selected for the London Short Film Festival0

‎”Invisible” and “Sweep” have both been selected to screen at the London Short Film Festival in January. This is the third time after the British Urban Film festival and Sapporo that both films have shared the same bill. A great thrill to be screening once more on home territory, in the city that the films were inspired by and made in.